Can A Creditor Object To A Discharge? 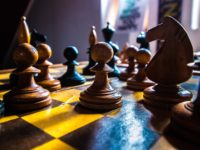 What Are the Reasons A Creditor Can Object?

There are many reasons why a creditor can object to the discharge of the debt. We can discuss a few examples here.

1. Creditor believes that the debtor is abusing the use of a bankruptcy
Maybe the creditor feels that you incurred the debt with a plan to file a bankruptcy since the debt was very recent. It is illegal to pre-meditate a bankruptcy filing. So, if the judge agrees with this, they may be able to stop the debt from getting discharged.

These are all just examples of why a creditor may object, but they are realistic type scenarios that could happen. We obviously cannot list all possibilities here, but these are just to give you an idea of some.

How Could This Apply To Your Situation?

The likelihood of something like an adversary proceeding happening in your bankruptcy case is something that your attorney should be able to help you analyze. If you give your attorney all the information you know and all of it is truthful, the attorney should be able to tell you if your bankruptcy situation will be simple or at risk of an adversary proceeding.

To find out more about this subject, contact us, Bankruptcy Law Professionals, at 855 257-7671 to set up a consultation with our attorney.