A Closer Look At Chapter 7 Bankruptcy 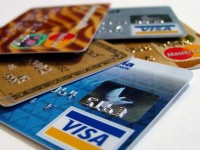 Chapter 7 bankruptcy is also sometimes known as “liquidation” bankruptcy. Most or all of your debts are cancelled and your non-exempt property is sold, or liquidated, to satisfy some of the debt you owe to creditors. Many people who file Chapter 7 bankruptcy do keep all of their property but it can be completely dependent on the state you live in and the circumstances surrounding your situation. Overall, the entire process takes about six months and you may only need to appear at your local bankruptcy court location one time. The cost is $335 in filing fees, and it is required to take a credit counseling course with an approved agency.

You can only file for Chapter 7 if you have not had a previous Chapter 7 in the past 8 years and if filing a Chapter 13 is not a feasible possibility.

To start the filing procedure for Chapter 7, you will need to completed petition as well as several other forms, all to be filed at your local bankruptcy court. These forms ask that you explain such things as exempt and nonexempt property, income and expenses, debt and more.

If you are involved in an emergency situation, such as a foreclosure, it is possible to only file the petition. The remainder of the forms will then become due within fifteen days directly after the petition filing.

Once the petition is filed, the court will then send out a notice, also known as a 341 notice, to all of the creditors you chose to list in the documents. At this time an “Order of Relief”, better known to some as an “automatic stay” takes effect. This prohibits your creditors from actively attempting to collect on any debts that you owe, which keeps your wages, bank accounts, utilities and assets and property safe, at least for the time being.

At this point, all of your debt as well as your assets are now under the control of the bankruptcy court and you are barred from selling or gifting any of that without the prior consent or approval of the court. However, any assets, property or income you gain after the bankruptcy filing is yours to do with as you wish.

A bankruptcy Trustee is appointed to your case by the court, and their duty is to make sure that your creditors receive as much of the money owed to them as is possible. It is at this time that non-exempt property can be sold. However, unless it was originally posted as collateral, most people get to keep all of their property as it is rarely ever worth enough to reimburse a creditor.

Secured debt is created when you offer collateral for any loan that you take out, which most often is the case with houses and vehicles. If your payments on these accounts are behind, that creditor can petition for the automatic stay to be lifted so that they may take possession of the property. If you are current and in good standing with those payments, you more than likely will be allowed to keep your property and continue making those payments.

After the bankruptcy process has concluded, all of your debt is officially gone. A few exceptions to this would be child support, student loan and tax debts, barring an overriding decision of the court, which is then the final say. Some debt can be declared “non-dischargeable” by the court and are most often those that are incurred by fraudulent or malicious actions.

After bankruptcy is discharged, you can go on your way without the supervision of the court. However, if within 180 days of the filing of the bankruptcy paperwork, you come into or become eligible to receive an inheritance or proceeds from an inheritance or divorce settlement, you must notify the court. Otherwise, you are free to begin rebuilding your credit.