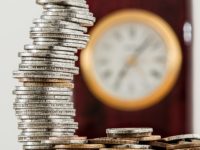 Generally, people spend their whole lives avoiding bankruptcy as a last resort. Bankruptcy is viewed as a public filing and has a stigma of shame behind it. Some people would rather continue to suffer through late payments on their accounts than face a real solution to the debt. A late payment can be very dangerous to your credit profile. So, what kind of damage could an additional late payment be? How bad could multiple late payments be to a credit score anyhow? It is actually more dangerous than you think.

How Do Late Payments Show Up On A Credit Report?

How Long Will A Missed Payment Stay On A Credit Report

What You Can Do

End the late payments immediately. There are only two ways to do this. You can catch up on your payments and pay up until the past due amounts are resolved. When you make up the amount that you are catching up to in payments, make sure you also pay the current debt amount. If the current amount is not paid, it will be assessed as a late payment the following month. Just to be clear, let’s say you posted a $100 charge for January and then another $100 charge in February which is the current month. You missed the January payment, but your balance total for January and the current month, February, comes to a total of $200. You should pay all $200 to get the account current. If you only pay $100 to catch up for January, then the $100 for February will be considered as a defaulted payment.

If you have way too much debt for you to catch up to in a reasonable amount of time, filing a bankruptcy will wipe out the debt and stop more late payments from being added on to your credit report. Once the debt is discharged in the bankruptcy, the debt can no longer pile up on your late payment record month after month. The best part about this is that your credit score can start to improve after the debt has been discharged. It is a total myth that you cannot have a good credit score after filing a bankruptcy. Discharging the debt will actually allow your credit score to start improving right after the bankruptcy is over.

To find out more about bankruptcy, contact Bankruptcy Law Professionals at (855) 257-7671 to schedule a free consultation.