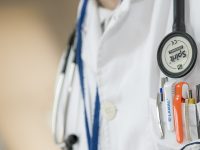 Health care costs have always been one of the biggest concerns for just about every family in America. The costs associated with health care not only continue to rise, they continue to create financial problems and strain for many families, often becoming completely overwhelming. This is especially the case when a medical emergency arises and jobs are lost due to the fact that the person cannot return to work. It is no surprise then, that health care costs drive most people into filing bankruptcy. With nearly sixty million people struggling with health care debt every year, almost ten percent of those people cannot pay anything towards the debt.

Some people turn to credit cards as a short-term answer, but that simply does not make a lot of sense. If a person cannot afford to pay towards health care debt and uses a credit card to make payments, they are simply postponing the debt and adding an interest rate to an amount they were not able to afford to pay in the first place. They end up with 25-30% more than the initial burden. The debt eventually comes to a point that is unmanageable.

Some are choosing to deal with healthcare debt is by taking another mortgage out on their homes. In reality, they are only converting health care debt into a different form of debt. Much like the scenario with putting health care debt on high interest credit cards, taking out another mortgage will only shift the debt around for so long before it eventually becomes a crippling payment.

With both health care and insurance rates on the rise, some families have had changes take place concerning their insurance companies that have resulted in higher monthly premiums as well as higher copays. Copays can often be as much as $5,000 before insurance will even start to reimburse and this has proven to be nearly impossible for some families.

While bankruptcy does help discharge a lot, if not all, of the medical debt, the health problems that got them there in the first place often persist after bankruptcy is filed and completed. This can quickly lead to tens of thousands more in health care costs, including insurance payments, that will drive them back into the recesses of financial doom all over again.

The average American tries desperately to balance health care costs with everyday living expenses, but those with conditions that are more serious know that sometimes they do not have many options from which to choose. For instance, some might try to get by with smaller insulin doses than what they are prescribed, or they may attempt to skip the dose all together in an effort to make their supply last longer. The end result is often a worsening condition that leads to the need for hospitalization that they have not yet met their copay on, if they have one at all, and before you know it, medical bills are unmanageable once again.

Studies have shown that medical bankruptcy happens to those who have health insurance as well as those who do not. It is not simply paying the medical bills themselves that often force people towards bankruptcy, but having to pay the mounting premiums, copays and all the things that insurance does not cover.

Bankruptcy is always an option to discharge medical debt. It is an opportunity to wipe out the healthcare or medical debt completely. Some debts like student loans are usually not able to be discharged in bankruptcy, but medical debt is considered to be unsecured debt and is commonly wiped out in bankruptcy filings. Use your options wisely. Bankruptcy may be the right solution for you. If you are in Orange County or in the Inland Empire, contact Bankruptcy Law Professionals to explore your options with a free consultation with our attorney.