Student Loans and Older Americans – Is This A Growing Demographic? 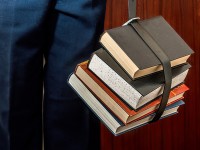 When the term “student loan crisis” is brought up, the image that most often comes to mind is that of a young person who still has their best earning potential ahead of them. While many of those very people do indeed struggle with student loan debt, it now seems that older Americans, particularly those aged 60 and older, are gaining momentum in that niche. In addition, student loans are very difficult to discharge in Chapter 7 bankruptcy. It can only be discharged under special conditions.

This rise is two-fold in nature. While some of these older Americans are carrying over debt from their own student loans, many are taking on debt to see their children or grandchildren through school as well. Some of them co-sign for these loans while some take the debt on fully, as the primary borrower.

In 2005, the average college graduate could expect to leave school with about $17,000 in loan debt. Last year, that figure had risen to over $30,000 and is currently still climbing.

In 2015, these older American owed nearly $67 billion in federal student loans. Unlike younger borrowers, who still have their best years still ahead of them concerning job security and income, many older Americans experience a decrease in financial security and have a much harder time repaying these loans.

It is estimated that from 2005 until 2015, the number of Americans older than age 60 who carried student loan debt quadrupled, while the amount that they owe doubled in that same time frame. This is leading to a rise in financial instability for these people, and student loan servicing is not helping the situation. They are making it increasingly difficult for borrowers in this age group to enroll in programs such as income-based repayment plans and other programs created specifically to reduce the burden of student loans.

Borrowers who were previously on payment plans based on their salary are often not advised by their servicers that they can have their payment amounts renegotiated once their income level changes. Once they move to a fixed income, some have been placed into plans that are designed specifically for people whose incomes are growing in stature, such as those who have recently graduated, rather than being calculated on what they actually make.

The Consumer Financial Protection Bureau (CFPB) has reportedly received many complaints from borrowers in this older age group, concerning federal, as well as private, student loans. Recently released reports from the Government Accountability Office have shown that many of these older loan holders are seeing their Social Security benefits being withheld to offset their student loans. Since Social Security is the only source of income for nearly 70% of beneficiaries over the age of 65, this can cause serious problems for their wellbeing as well as inflicting a great deal of financial hardship for most.

A borrower’s wages and tax refunds may also be garnished by the federal government for loan repayment purposes.

In addition to other struggles these older borrowers are facing, it is also reported that the number of payments that are either late or completely missed have nearly doubled since 2005, with nearly half of them in default. This number is expected to continue to rise as older Americans struggle to afford even their own basic needs. Reports show that they are opting to attempt to pay student loan debt instead of spending money on food, health care, medication and dental care, simply because it does not fit their budget.

Retirement savings are also suffering as many student loan holders near the retirement age. Retirement accounts are drastically smaller than those of Americans who are in the same age group that do not have any student debt.

Learn more about how student loans are handled in bankruptcy court here: Student Loans and Bankruptcy