What Filing For Bankruptcy Means? 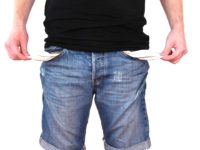 What Does It Mean When A Person or Business Files for Bankruptcy?

When someone says “Mike went bankrupt”, there might actually be another, more casual, meaning. Sometimes people use this just to illustrate that someone went broke. It can be used to describe that someone no longer has any money, but maybe didn’t actually file a bankruptcy in court. For example:

In this case, the speaker may not have actually filed a bankruptcy in a formal sense, but may be in a situation where they no longer have any expendable income.

When someone says they “filed for bankruptcy”, this usually actually refers to a court petition filing for bankruptcy like this example:

She filed for bankruptcy last month.

When a business files for bankruptcy protection, the business leader most likely has hired an attorney to file a bankruptcy petition to protect the company’s left over assets so that the company has the option to continue operating or liquidate assets. For example:

ABC Corporation has filed for bankruptcy protection and says they will shut down half of their stores.

When you file a bankruptcy petition in bankruptcy court, you are basically telling the court that you can no longer pay your outstanding debts and you would like to get the debts discharged under the bankruptcy code. The expected outcome of a bankruptcy filed would be these general goals:

This is what bankruptcy means in its simplest terms. If you have questions about the details of how a bankruptcy can help you, contact Bankruptcy Law Professionals at 855 257-7671.