Did You Know These Surprising Facts About Bankruptcy? 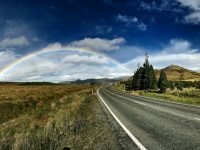 The more you learn about bankruptcy, the better you can judge if it is the correct solution for you and your future. Bankruptcy is generally perceived as a negative activity in someone’s life which must be avoided at all costs. It is less likely to be seen as a helpful solution to debt problems. Some believe that filing a bankruptcy is an act that is forced on people to do when they run out of funds to repay debt, but what is often overlooked is that filing a bankruptcy is a choice and a right given by the government. No individual or business is forced to file one by any organization. It is a choice that is made when in a difficult debt situation and when it becomes the best solution available. Without having this option available to discharge debt and protect assets, many more individuals and businesses would be completely overcome by debt collectors forcing a complete closure of business or forcing families to be left with nothing. In many cases, a bankruptcy is actually seen as a very positive solution and one that provides some hope or proverbial light at the end of a tunnel in difficult financial situations. Everyone has preconceived notions or misconceptions concerning debt and bankruptcy, but here are some facts that may surprise you.

1. For every seventy households in the United States, at least one will file for bankruptcy which means that it is used in about every 1.4% of households. In communities as large as some of the ones you might be a part of, it is likely that someone you know has been or will be affected by the financial woes that lead to filing. These people aren’t forced by anyone to file. It is a choice and path taken when other solutions are no longer helpful.

3. Regarding debt, nearly half the families in America spend more each year than they will earn. Both consumer debt and bankruptcy filings continue to rise with the average credit card debt alone, per family, adding up to about $16,000. There is still much debt left to consider, including mortgages, student debt and personal loans, than can leave a family with very few solutions and options available.

4. Student loans can still be available to you even after filing for bankruptcy. While many of the details will need to be worked out by consulting a bankruptcy attorney or credit counselor, student loans are certainly available to those who have chosen to wait until adulthood to start or return to college.

5. Bankruptcy laws are not based on the state in which you live. While bankruptcy is filed in the state and local area where you live, the law governing the entire process is federal jurisdiction. When your bankruptcy case is heard, it will be in a federal courtroom overseen by a federal judge.

6. Bankruptcy does not mean that you cannot go on to be very successful afterwards. Many successful people have gone through financial hardships yet they went on to regain their composure in those finances and go on to great things. In fact, it might surprise you to find that people like Larry King, Abraham Lincoln, Henry Ford, Walt Disney, Burt Reynolds and P.T. Barnum all filed for bankruptcy early in their careers.

7. If your vehicle has been repossessed, it can be possible to get it back by filing for Chapter 13 bankruptcy. If the repossessing company has not yet sold the vehicle, filing Chapter 13 can allow you to construct a repayment plan that will allow you to pay that vehicle off, including any payments you might have missed of course, over the course of a few years.

8. Bankruptcy is a right to which you are entitled based on the US Constitution, thanks to Article 1, Section 8, Clause 4. The most recent revision to that law occurred in 2005, better known as the Bankruptcy Abuse Prevention and Consumer Protection Act, or BAPCPA, while the comprehensive code was enacted in 1978.